Clozapine, the oldest atypical antipsychotic remains the “gold standard” in the treatment of Schizophrenia and associated psychotic disorders (1).  However, the side effects of this treatment are well known and include significant weight gain and an anticholinergic profile (2).  The concept of adding quetiapine to clozapine with the potential to lower the dose of clozapine, and thus reduce the side effect profile of the clozapine has been supported clinically and in the literature (3,4).

Ziprasidone has been available in the USA since 3/2000.  The unique side effect profile of this compound includes minimal anticholinergic side effects and weight neutrality.  Additionally, the major metabolic pathway for ziprasidone is via aldehyde oxidase, for which there are no known inducers or inhibitors (5,6,7,8).  Thus, the ability to safely add ziprasidone to patients currently on clozapine is especially attractive. As such, it become the logical candidate for clozapine augmentation.  I would like to report on my clinical experience with ziprasidone augmentation of clozapine.  11 patients, all of whom were stable on their clozapine regimen for a minimum of 8 years were offered the opportunity to try to augment their regimen of clozapine, on an open label, voluntary basis.  The hope was for a reduction in apathy and an improvement in affect while realizing that the core positive symptoms would not likely change as there is no evidence that ziprasidone is superior to clozapine in the treatment of positive symptoms.

The strategy employed involved adding ziprasidone to the current clozapine regimen with titration to a dose of ziprasidone 160 mg qd.

In most cases, this was dosed once/day in the morning despite the t1/2 of 6.6 hours, as prior clinical experience showed this to be effective and conceptually is supported by PET binding data showing receptor occupancy for 18-24 hours (9, 10).  After stabilization on the medication, clozapine was tapered at a rate of 100 mg/month until the patient began to show symptoms of worsening of psychosis or re-emergence of prior symptoms.  On average, clozapine doses could be lowered 40-50%.

Clinically, this provided a significant benefit in terms of weight loss, improved initiation and motivation, reduced apathy, improved cognitive functioning, and improved lipid profiles in those patient’s for whom data was available.  Improvement was judged by self reports from the patient, at least one family member/significant other, and clinician.  All of the patients asked to stay on the combined regimen due to their own perceptions of the improvement gained by this augmentation startegy.  The ability to reduce the anticholinergic burden imposed by the use of clozapine and the positive benefits of ziprasidone’s unique combined action of 5HT1A agonism and 5HT1D antagonism are presumed to underlie the positive changes observed.  Ziprasidone is also known to block the reuptake of both serotonin and norepinepherine and these mechanisms could also be contributory (5,6).

No breakthrough in psychosis or exacerbation of original symptoms was observed.  Further, there was no increase in side effects as reported both spontaneously by the patient and when directly queried by the psychiatrist.  Regarding the potential of both compounds to increase Q Tc, this is of course a class effect.  All of these patients had been on clozapine in conjunction with at least one other antipsychotic in the past and cardiac events were have never been a clinical issue.  While the package insert for ziprasidone does caution about combining medications with similar potential effects on Q Tc, after approximately 1,000,000 prescriptions in the USA (11), there has been no case of sudden cardiac death associated with ziprasidone.

This case series is of course limited by its open label design.  Ideally, placebo controlled, randomized, double blind, crossover design studies will be done in the future to expand on these clinical observations.  However, due to the seriousness of Schizophrenia as an illness as well as in consideration of the potential health risks of weight gain, especially in such a vulnerable patient population, concerned clinicians might consider the use of such of such rational polypharmacy as we all strive to do better in treating some of medicine’s most challenging patients. 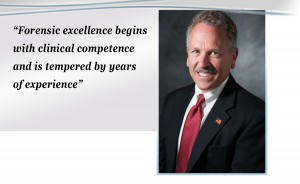 No drug company support was received for this work.  I have prescribed all of the medications mentioned in this article and have been involved in clinical trials for olanzapine,  clozapine and quetiapine.  I have also received payment for lectures delivered in conjunction with the makers of clozapine (Sandoz/Novartis), quetiapine (AstraZeneca) and ziprasidone (Pfizer). 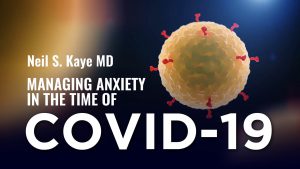